The purpose of the Mt. Diablo Alternative Education Foundation is to secure contributions and support from individuals, groups, businesses and other organizations for the benefit of alternative education students and programs in the Mt. Diablo Unified School District.

The MDAEF will expand and strengthen the network of academic and social support that empowers alternative students as they become productive, successful members of our community.

The Dick Allen award was established in 2006 to honor someone or a group of people who have contributed "above and beyond" to the alternative students and programs of the alternative high schools in MDUSD. The first award was presented to Dick Allen (pictured on right) and named in his honor. Dick taught for many years and was the original administrator of alternative education programs in MDUSD. After his retirement he was elected to the MDUSD Board of Education.  He continues to server on the board and is a strong supporter of alternative education.

In 2007 the Dick Allen Award was given to Andrew Johnson, (pictured on left) Comcast Regional Vice President, Communications.  Not only was Mr. Johnson in part responsible for a $50,000 donation to MDAEF in association with the October 2006 Comcast Cares Day at Olympic HS; he went above and beyond by actively getting involved with Olympic students. He attended many Leadership Class meetings, assisted students in learning and practicing leadership skills and helping them put on the first school prom in more than 15 years.

Set up Heart Funds at each school totaling $2050. These funds will be used for critical/emergency student needs such as food, transportation, and clothing

Received a $50,000 donation from Comcast 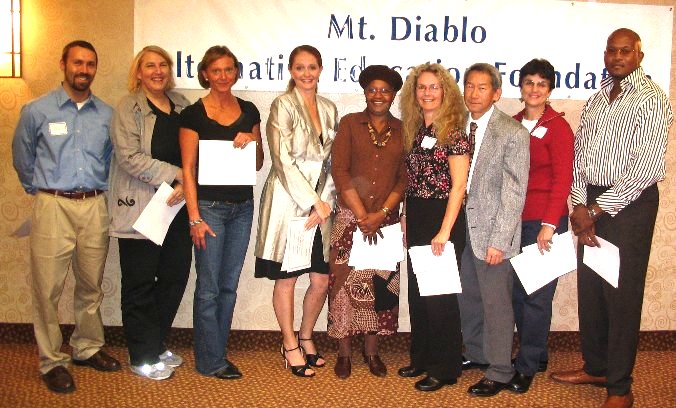