If you've driven by Olympic lately then you have certainly noticed the major construction project supported by Prop 55 funds that is underway.  When it's completed, Olympic will house several new programs including Crossroads for pregnant and parenting teens, as well as School Linked Services.  In addition there will be 3 new Alliance classrooms, additional offices and small instructional and meeting rooms, upgrade and expansion of our existing parking lot, as well as a brand new softball field on the Willow Pass portion of the property.  This project is scheduled for completion during the 2006 - 2007 school year.

Below are additional photos of the construction.  We hope to have most of the campus 'back to normal' for the beginning of school on August 28th.  Don't forget that the Olympic registration 'walk-thru' will take place on August 21st. from 4 - 7pm .  We look forward to seeing you for another great year at Olympic. 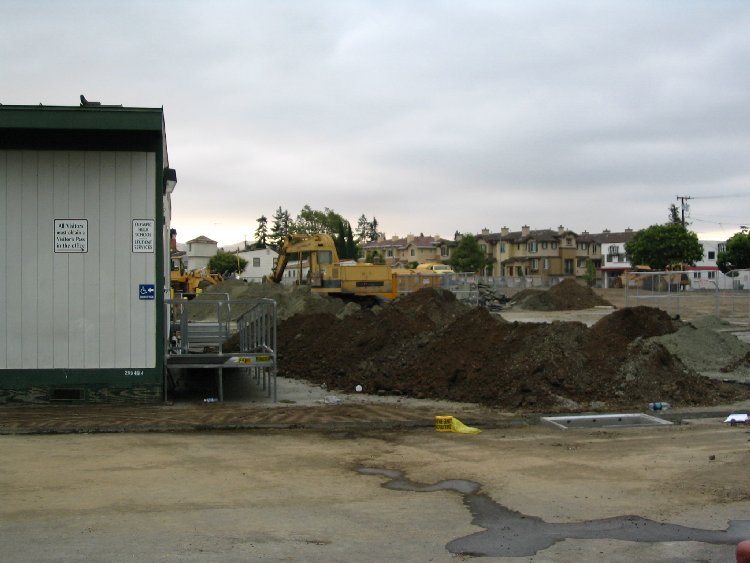 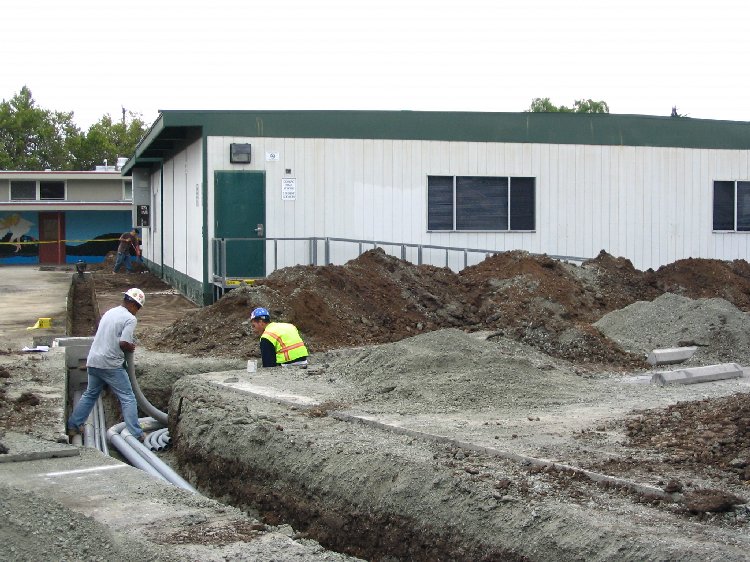 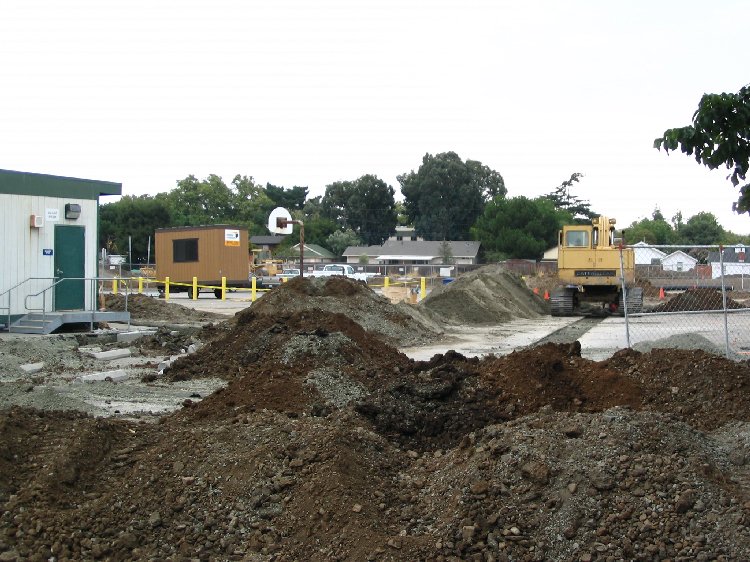 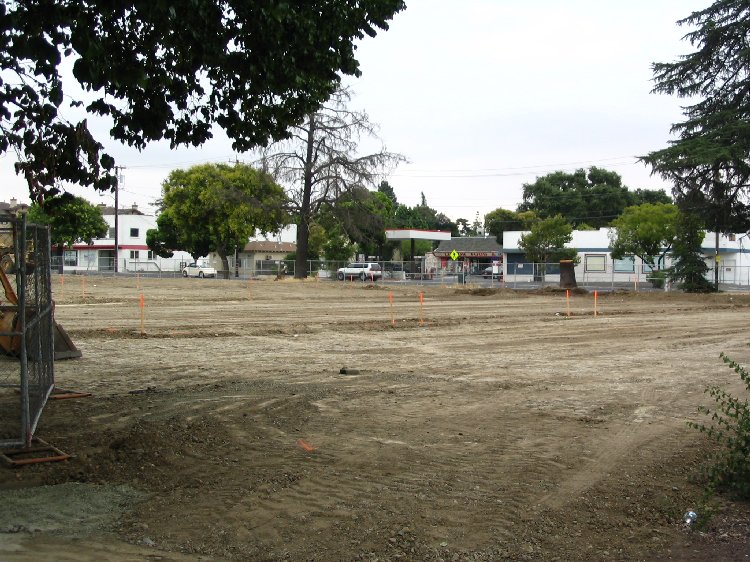 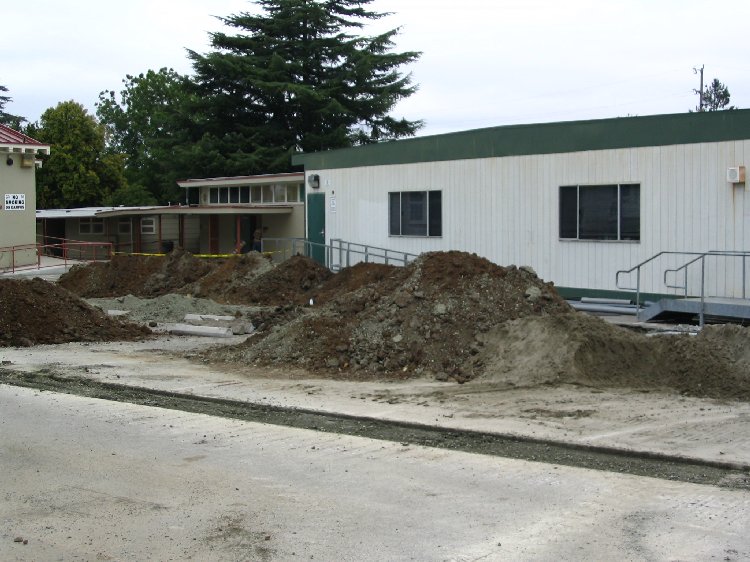 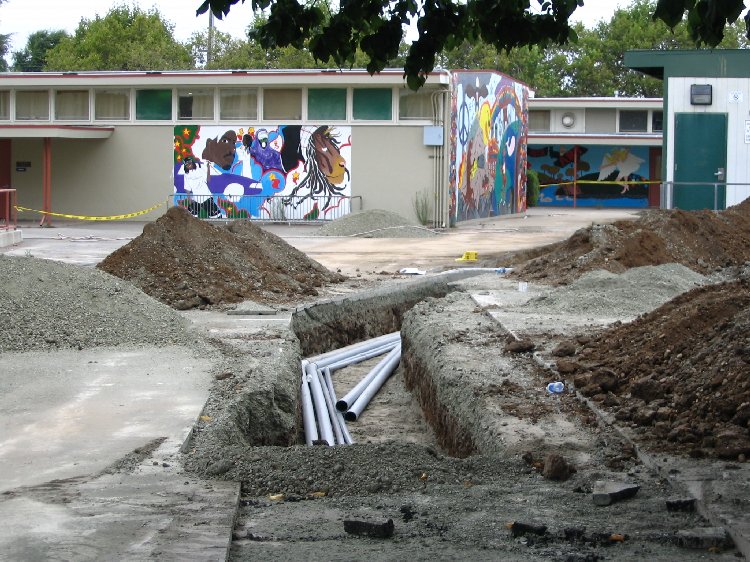 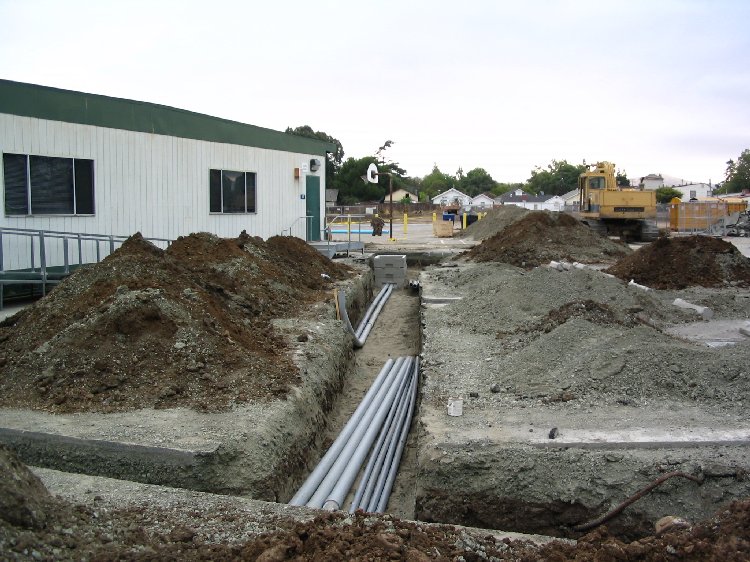